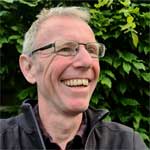 Working in the performing arts and live music industries was entertaining and fun. An interesting cast of characters and the thin crust of glamour was engaging to a younger me. But scratching away just out of awareness, and leaking out in different ways, was the growing lack of satisfaction and meaning. It steered me intuitively to 4-years of training in counselling and then psychotherapy.

It wasn’t, by any stretch of the imagination, in the career plan. But meaning and satisfaction emerged, from the contribution I could make to people working hard to alleviate their psychological suffering. I’d certainly worked with some inspiring artists previously. Now, I was encountering a different class of inspiration, witnessing clients demonstrate an infinite human capacity to contend with their adversities, challenges and questions of how to be. I became motivated by how bravery was being manifested by people encountering everyday life’s mundane and extraordinary happenings.

For some, exploring their psychology is a simple step. For others it is a giant leap across a chasm teaming with all manner of meanings, swirling about with unfortunate, but hopefully receding, social stigmas. When signing up to the training, I did not undertake effective ‘due diligence’. As it happened, this was an excellent ‘choice’ because it appeared I was in the ‘giant leap’ camp myself. I discovered too late that I was on one of the most rigorous courses around, with a requirement to embark on personal therapy for the duration! Had I looked closer I probably would not have leaped.

So, I have great empathy for clients experiencing trepidation. I am passionate about normalising people’s engagement with their psychology. Afterall, it’s no different to being conscious of our physical health. Attending to our psychology is just a way to exercise our mental muscles and look after our mental health. Dividing health into the physical and the mental can be unhelpful in this respect. In the end, there is only health.

Outside my professional life, I walk around a lot in nature, focussing on appreciating what it is like to just be. I also use walking to create the space to think (some might say over think). Sometimes I even take the dog. I read a fair bit, mostly psychological related stuff. I have a love-hate relationship with DIY and tinker with my self-built campervan.